You guessed it: we got lost. Hopefully, gloriously lost. It was 97 degrees (109 heat index) and we were all covered in sweat, yet it was one of the most enjoyable days we’ve had. No work, just being tourists. Goofy ones.

We started out taking auto rickshaws (aka tuk tuks) to the mall. This was my first time riding one. Taking the tuk tuk is almost as heart-racing as an amusement park ride. It’s like bumper cars come to life. The crazy traffic rules (or lack of them) are even crazier when there is nothing between you and a car’s bumper except a thin sliver of metal. 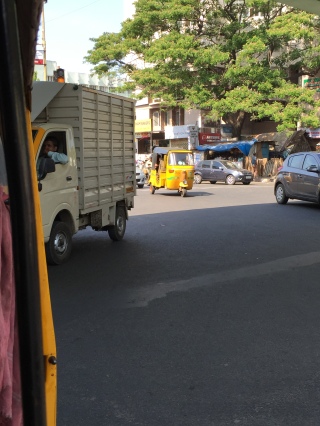 The mall itself was like an American mall, with less effective air conditioning. Sweating and shopping really don’t go hand in hand. The majority of the stores were Western (Sketchers, Van Heusen, Marks & Spencer, Calvin Klein, Levi’s, etc) but there were also a number of Indian stores. It’s pretty funny to see jeans in one store, and silk sarees in the next. There were 8 of us together: 5 ladies and 3 men. We garnered a lot of stares. 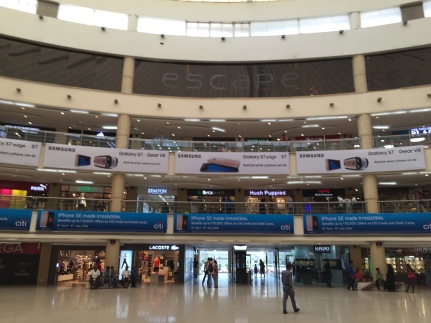 After doing some mall shopping, we thought it would be good to go to a local silk shop. Chennai is famous for its silk products. The team had seen a shop when out for dinner one night, so how hard could it be to find? This is where it all started to go wrong. The silk shop was near a temple, so one of the team showed our driver a picture of the temple. We were dropped off in front of the temple, and the fun ensued. 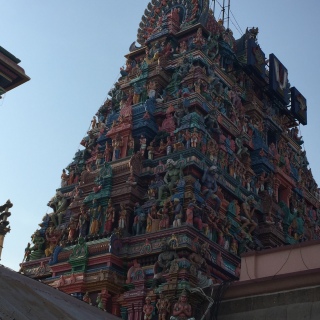 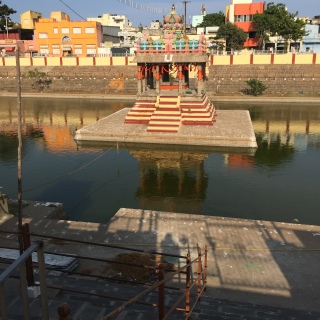 The temple had a huge wall around it, and to go through the temple, we would have to leave our shoes. I knew you had to take shoes off, but didn’t love the idea of leaving my shoes outside where anyone could take them. None of us did. Plus it would do us no good because we needed to go out the other side, and they won’t let you carry your shoes through. Off we marched. If you’ve been to India or heard really anything at all, you know that cows are sacred here. And what place could be more sacred than a temple? Cows, cows everywhere. I mean everywhere. As you walk through the streets, you have to watch every step because it’s near impossible to avoid all of the manure. One of the cows decided that it wanted to play with my new friend Hollie. I hid behind Justin, our 6’6″ New Yorker on the team. 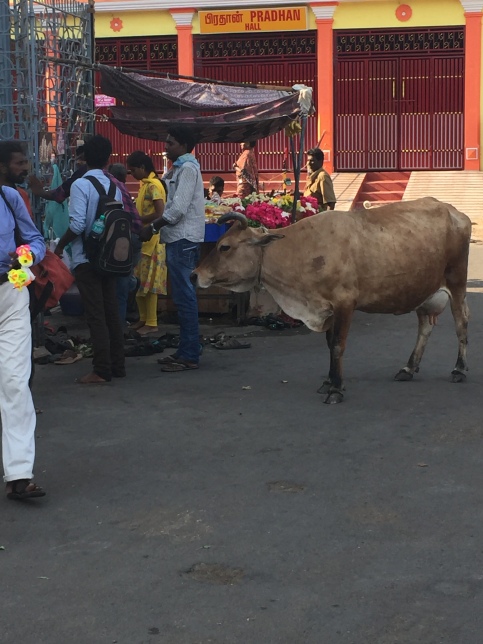 After almost 2 miles of walking in circles, we realized that the driver had taken us to the wrong temple. We had no clue where we were and the Map app oon our phones refused to find us.  Our team had divided into two groups to fit into the cars (no tuk tuks for this part) and we tried calling the others. They were in a dead zone. Justin called for a cab but when you don’t know where you are, the conversation is kind of odd. We were doubled over laughing as he was asking the cab driver if he could just find him based on the app. Finally we found a street sign and Justin relayed the info. The driver said he’d come get us in 10 minutes. Not that he was 10 minutes away, he just didn’t want to come yet. Now the stares were accompanied by laughter as locals walked by the 5 white people covered in sweat, dirt, and possible cow dung. We gave up on the cab and got back in some tuk tuks. As I was riding back to the hotel taking pics of the area, some cows totally photo bombed my pic.

It was a case of “you had to be there,” but it was a fun, zany day. Just what we all needed. Tomorrow, Hollie and I are taking a tour to Pondicherry. The heat will be awful; as long as there are no cows, all will be great.

One thought on “Lived up to my blog title today”